After losing his job at a steel factory, Gaz learns that his wife wants to sue him for missed child support payments.

Desperate for money, and inspired by the Chippendale’s dancers, Gaz and his friend Dave decide to create their own male striptease act. The two friends recruit four more men, including their former foreman and a security guard.

Although not the most fashionable men, the group promises that their show will succeed because they are willing to go “the Full Monty”: completely naked.

More Information
Purchase Tickets
Post Archives
Post Categories
Recent Posts
Recent Comments
Subscribe to Our Newsletter
Performance Pricing And Times
All tickets are $27.00 each.
Groups of 10+ $24.00 each.
Season tickets, as low as $22.00 each. 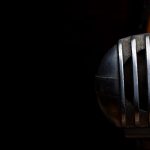 War of the Worlds – Tickets SOLD OUT.1812 Productions