20Rehearsals are now underway for our first season of the year, showing in our main Lowe Auditorium.

This uproarious comedy follows the adventures of a hapless café owner, Rene, in occupied France.

Rene always seems to have his hands full – he’s having affairs with most of his waitresses, trying to please his wife and the German soldiers who frequent his café, while running a major underground operation for the French Resistance.

He has stashed a priceless portrait stolen by the Nazis in a sausage in the cellar, where two British airmen are also hiding until the Resistance can repatriate them. Communications with London using a wireless disguised as a cockatoo add to the many embarrassments this intrepid proprietor endures.

allo allo, comedy, season
Post Archives
Post Categories
Recent Posts
Recent Comments
Subscribe to Our Newsletter
Performance Pricing And Times
All tickets are $28.00 each.
Groups of 10+ $25.00 each.
Season tickets, as low as $23.00 each. 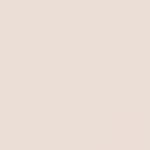