TILL DEATH US DO PART 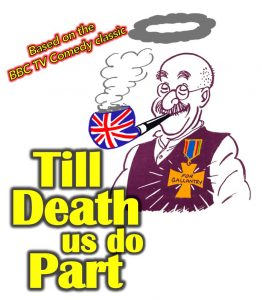 About this production:
Based on the British television sitcom that aired on BBC1 from 1965 to 1975.

Garnett is a character whom even the writer Johnny Speight loathed. Racist, hating everything around him, his tirades are funny because they cannot be taken seriously.

Most people got the writers intrinsic joke with the character – that Garnet was portraying everything wrong with the nation during the 1960’s & 70’s combined in just one man.

Garnett hates communists, as embodied by his layabout son-in-law. He can’t stand women getting above themselves, and continually shouts his daughter down.

By allowing a hideous bigot to express his bigotry, Speight made fun of those who feared change.