The Woman in Black

An event every week that begins at 8:00 pm on Wednesday, Thursday, Friday and Saturday, repeating until 10/12/2022

A ghost story like no other, a lawyer obsessed with a terrible curse he believes haunts him and his family, hires a young actor to help unburden the memory of The Woman in Black.

A young solicitor is sent to settle a deceased estate and begins to experience strange occurrences. While the locals remain mysteriously silent, he continues to investigate until ultimately The Woman In Black reveals herself to him and her chilling purpose.

Combining some of the oldest theatrical techniques with modern cinematic stylings, this incredible production relies on hints, atmosphere, glimpses and suggestions, heard and sometimes only half seen. One of the most effective spine-chillers you will ever experience. 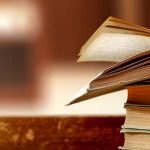 The History Boys
AUDITION – The Woman In Black