Contact John if there is a problem attending at these times.

CHRIS:
50’s Outgoing, fun loving, confrontational.
You want Chris at your party. She will talk to people she doesn’t know, part of this is because Chris is at home in crowds, holding court, being the centre of attention. Without Chris in her life, Annie would be better behaved, her life less fun. The two of them are like naughty schoolgirls.

ANNIE:
50’s Fun loving, but with sensitivity towards others.
Annie will join in mischief but is at heart more conformist and less confrontational than Chris

CORA:
40’s Deadpan sense of humour, be prepared to sing (you don’t need to have a wonderful voice), playing a piano an advantage.

JESSIE:
60’s-70’s loves life.
Get on the right side of Jessie as a teacher and she’ll be the teacher you remember for life. Get on the wrong side and you will regret every waking hour. .

CELIA:
age anything 35-50. A woman more at home in a department store than a church hall, she may be slightly younger than Chris or the same age, but she always feels like she’s drifted in from another world. Which she has.

RUTH:
40s. Ruth’s journey is from the false self-confidence of the emotionally abused to the genuine self confidence of the woman happy in her own skin. Ruth is eager to please but not a rag doll.

MARIE:
50s. Marie has gradually built the current ‘Marie’ around herself over the years as a defence mechanism. She went to her Oz, Cheshire, and found Oz didn’t want her. She came back scorched.

LADY CRAVENSHIRE:
60s. Lady Cravenshire really doesn’t mean to be so patronizing. But the WI girls seem from another world. The world of her estate workers.

ELAINE :
20s. Elaine dispite not meaning to, is also patronizing., as to her Jessie seems from another world: The world of her gran. Dress: her clinical whites slice through like a knife. You feel you could cut yourself on that dress.

JOHN:
50s. John is a human sunflower. Not a saint. Not a hero. Just the kind of man you’d want in your car when crossing America. When he dies it feels like someone somewhere turned a light off.

ROD
Chris’s husband, 50s. You have to be a certain kind of guy to stick with Chris and Rod loves it. He can give back what he gets, and has a deadpan humour which has always made Chris laugh. He drinks a lot but never so much as to have a problem. He would work every hour to make his shop a success. And John was his mate, even though the relationship was originally channelled through their wives.

LAWRENCE:
late 20s. Hesitant without being nerdy, Lawrence is a shy young man with enough wit to make a joke. When he arranges the shots he is close to female nudity but sees only the photo.

LIAM:
late 20s. Liam would like to be directing other things than photoshoots for washing powders. He’s not so unprofessional as to let it show, but we can sense a slight weariness at having to deal with these women. There’s a resigned patience to his actions and each smile he makes we feel is professional. For Liam, this photoshoot is a job. And not the job he wanted.

Synopsis:
When Annie’s husband John dies of leukaemia, she and best friend Chris resolve to raise money for a new settee in the local hospital waiting room. They manage to persuade four fellow WI members to pose nude with them for an “alternative” calendar, with a little help from hospital porter and amateur photographer Lawrence.
The news of the women’s charitable venture spreads like wildfire, and hordes of press soon descend on the small village of Knapeley in the Yorkshire Dales. The calendar is a success, but Chris and Annie’s friendship is put to the test under the strain of their new-found fame.
Based on the true story of eleven women who posed nude for a calendar to raise money for the Leukaemia Research Fund, Calendar Girls opened at the Chichester Festival Theatre and has since become the fastest selling play in British theatre history. 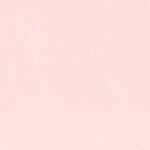