Australian premiere of the stage adaptation of the popular book and Academy Award winning screenplay.

To express your interest in auditioning please forward a short CV and headshot by email to [email protected] by no later than Friday 23 November, together with information about the role(s) for which you would like to be considered (see below for further information).

A wine tasting road trip to salute the final days as a bachelor careens woefully sideways as two friends hit the gas en route to mid-life crises. The comically mismatched pair, who share little more than their history and a heady blend of failed potential and fading youth, soon find themselves drowning in wine and women. Emerging from a haze of Pinot noir, wistful yearnings and trepidation about the future, the two inevitably collide with reality.

MILES – (thirty-nine, introverted, intellectual) He doesn’t have a lot of money, nor a steady source of income. His uniform is T-shirts or collared jersey shirts. They’re always black or blue, never red or green or yellow. He wears faded jeans. Desert boots or tennis shoes. If he dresses up, he puts on a sports coat and combs his hair. He hates fashion and fashionable things. An omnipresent air of hunger hovers over him.

JACK – (forty, cheerful, full of energy, extroverted) Is op-shop hip crossed with Melrose Ave. Hollywood chic. He favours colourful bowling shirts with his name embroidered over the shirt pocket. He, too, wears faded jeans, but sometimes he’ll mix it up with knee-length cargo shorts and thongs. He doesn’t care how he looks, because he’s got personality and charm to compensate.

MAYA – (thirty-five, intuitive, deep, soulful) She rarely dresses up. She dresses casual, except when she’s at work and has to wear that black skirt and white button-up shirt uniform. She favours a soft, relaxed look over dressy attire.

About the Director:
Justin Stephens is an award winning Director, Sound Designer and Set Designer. He recently directed Constellations in The Bakery at 1812 Theatre to critical and audience acclaim. Justin directing credits include, A Skull In Connemara, The 39 Steps, God of Carnage, The Rise and Fall of Little Voice, and The Woman In Black. Justin has also directed for productions at Chapel off Chapel and La Mama Courthouse. 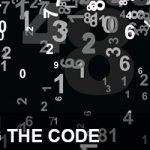