Audition – Last of the Summer Wine

Last of The Summer Wine was a popular British BBC sitcom which ran for 30 years. In this new stage adaptation of the timeless television series, Foggy has designs on winning the affections of Constance, Nora Batty’s niece by inviting the ladies for super. The plot thickens with mistaken identities as the local community try to apprehend a ‘flasher’ who wreaks havoc within the village.

CLEGG: Male, 60’s; Has been friends with Foggy &amp; Compo since school. He’s a cynic and becomes apprehensive of their schemes. Enjoys watching Foggy and Compo arguing and changing insults.

COMPO: Male 60’s; Northern accent. A rascally ruffian, always broke as he spent most of his life unemployed and relying on his mates to supply him with Beer and cigarettes. Although he admires Nora, he also annoys her by mention of her ‘wrinkled stockings’.

FLASHER: Male 30’s – 40’s. Fanatical person who has an unusual way of advertising his invention.

For further information please contact Pip Le Blond, the director at [email protected], or by calling during office hours on 03 9758 3964. 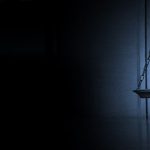 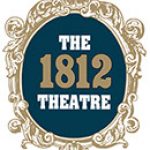