Sherlock Holmes (30-49): Highly intelligent, confident, charismatic, quick-witted, obsessive. Thinks very highly of his close friend Watson. A sophisticated mind who savours adventure and an intriguing mystery, and has a manic gleam of mischief in his eyes. A mind that works overtime.

Doctor Watson (40-49): Smart, grounded, full of heart and wonder, lives to have adventures and assist his close friend Holmes. We see the play through his eyes. He is the heart and soul of the play. 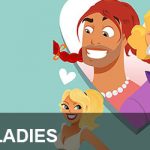